2016 was my first (and so far only) year at Burning Man. Knowing just a little about the spirit of Burning Man, and having a month’s sabbatical, I knew from the outset that I wanted to contribute something to the art community.

Armed with newfound physical computing knowledge from ITP 2016 Camp, I set out to build an interactive art installation.

In truth, I may have spent more weeks brainstorming than executing. In the end, I decided that I wanted my art piece to spark joy. Inspired by this popular photo (BM photo of baby in adult glowing), and fueled by recent efforts to channel my inner child (gosh learning is fun!), I wanted to create something that captured the joy of discovery.

My own childhood was filled with video games. Games became my escape – often becoming the video books I couldn’t put down. I remember the hours of joy playing now-classic favorite role playing games like Final Fantasy 7 and Zelda. Wanting so badly to recreate this joy in myself and to share this joy with others, I narrowed my most memorable moments to stumbling upon secrets and treasures and chance.

Watching this gif STILL sparks joy in me.

In the end, I decided to recreate this moment as best I could.

Using a giant trunk chest found secondhand at urban ore, I started piecing the project together.

First off, I really wanted to spark the joy of discovery and fortune. I decided that the final chest would be dark. However, if a person is in near proximity, which I calibrated at 10-20 feet, the chest would reveal itself. So, much like in the video games of inspiration, my chest was encircled by LEDs and used an arduino & proximity sensor that when triggered, lit up the LEDs just enough to bring attention to the chest.

Once that was working, I focused my efforts on the bigger problem of what to reveal inside the chest. Harking back to my childhood, I remember the feeling of opening each chest, hoping that I’d receive a rare gift – perhaps a sword or a map or a heart. And so, I wanted to add an element of randomness in the event that multiple people chance upon the chest. So in a modern twist, I created an raspi-powered LED panel that displayed random emojis that triggered when the chest was opened. Now, each opening of the chest yielded something different. 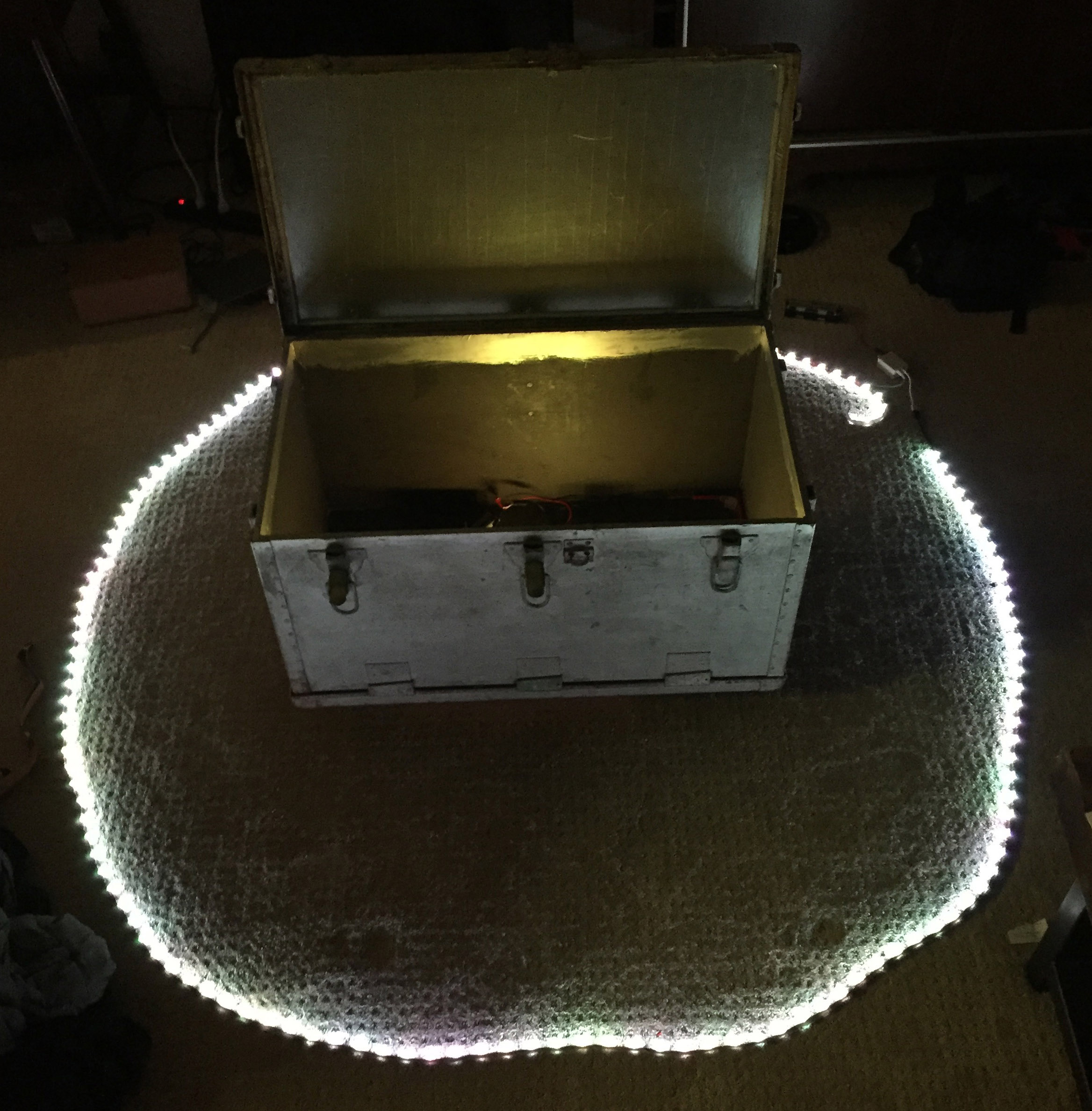 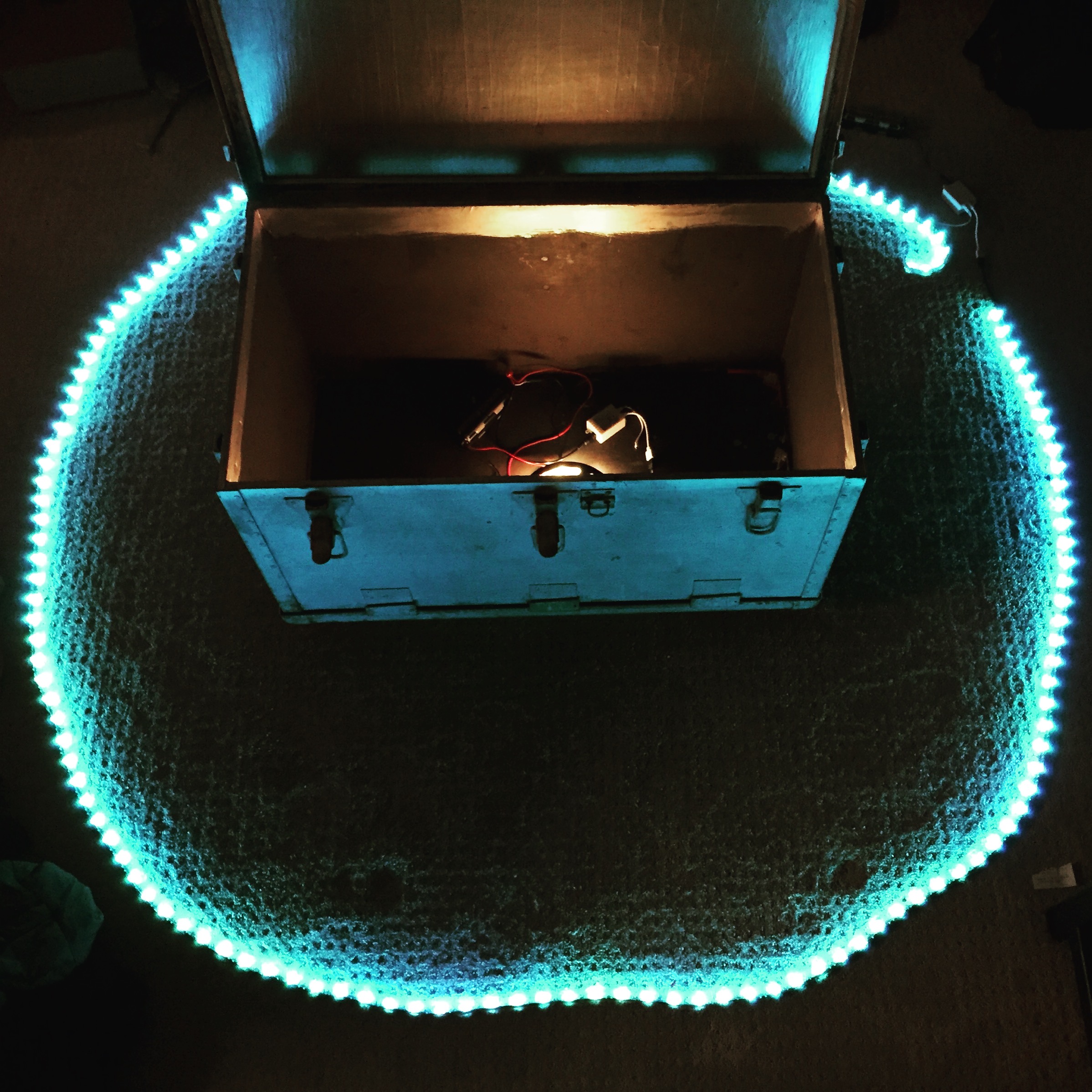 Sneak peek at the INTERNALS! 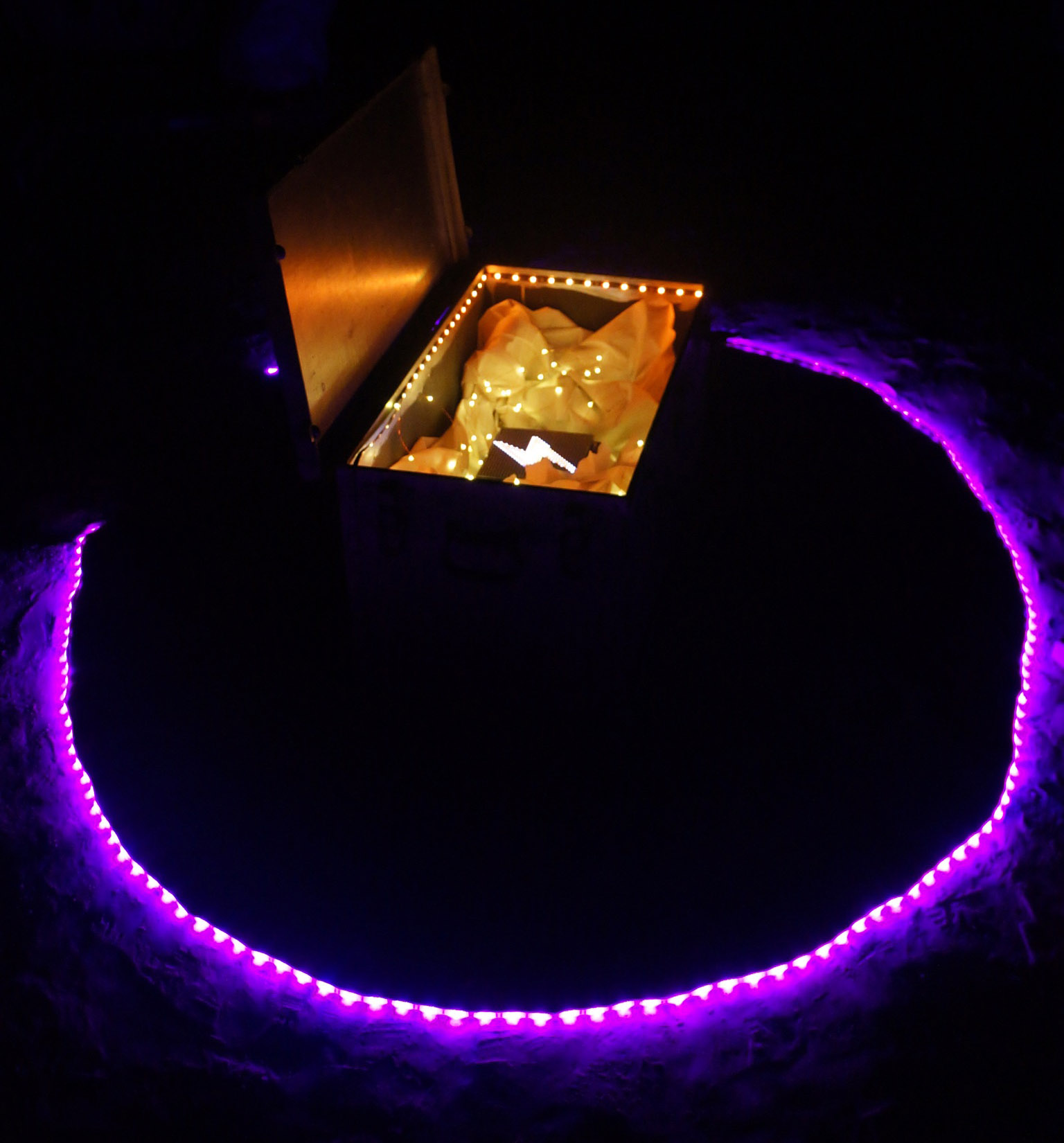 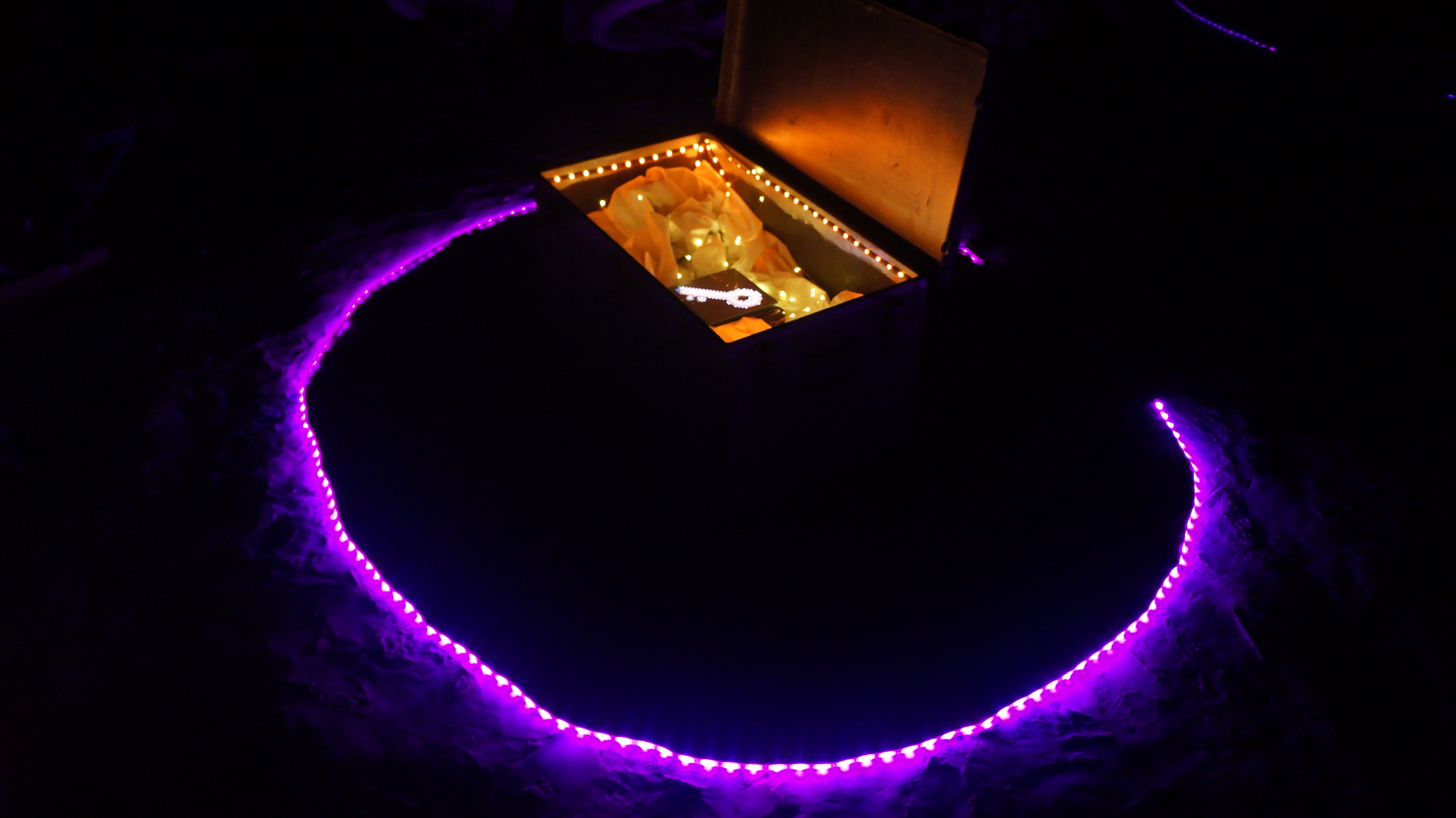 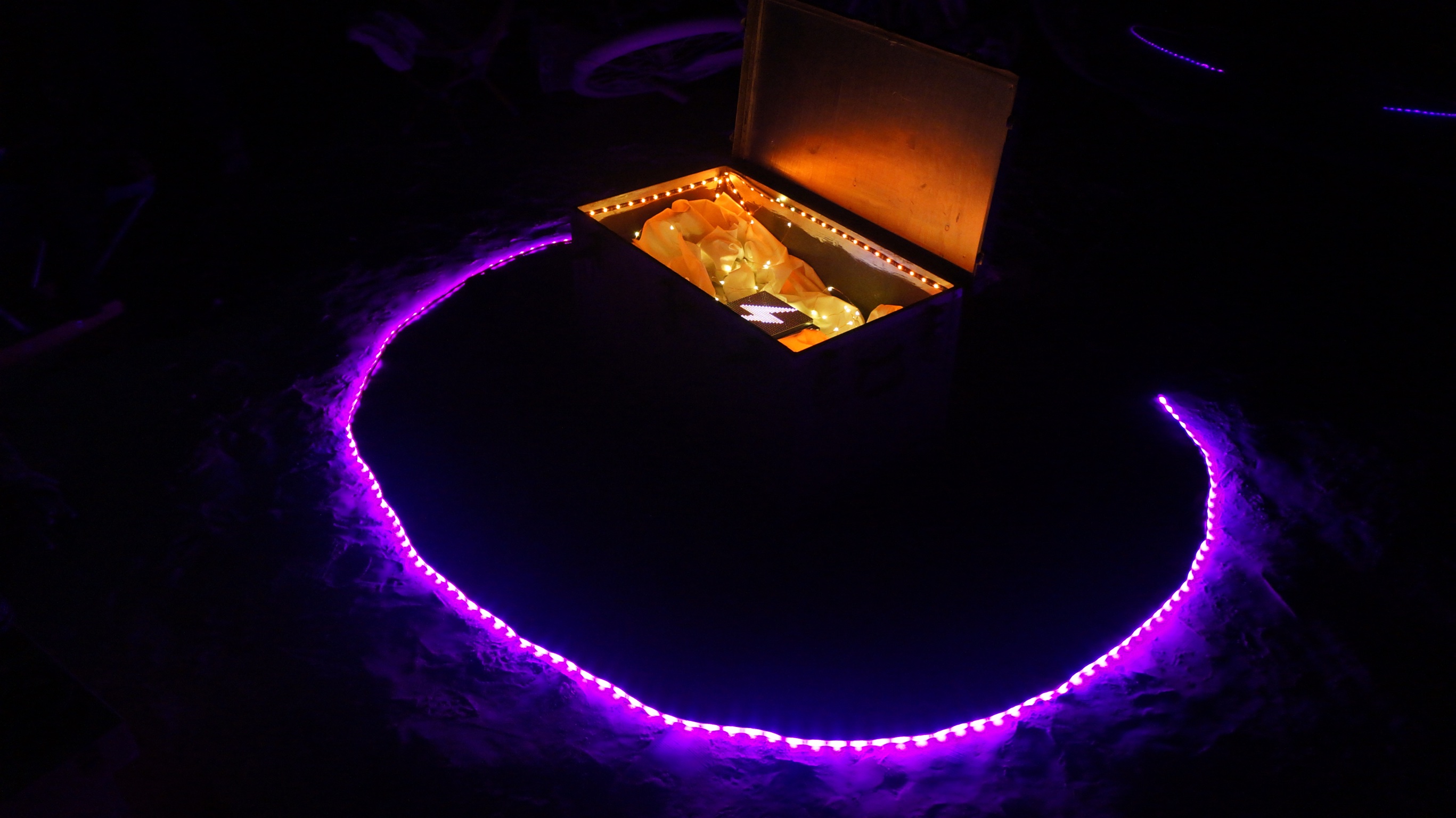 And for you, a LIGHTNING BOLT. 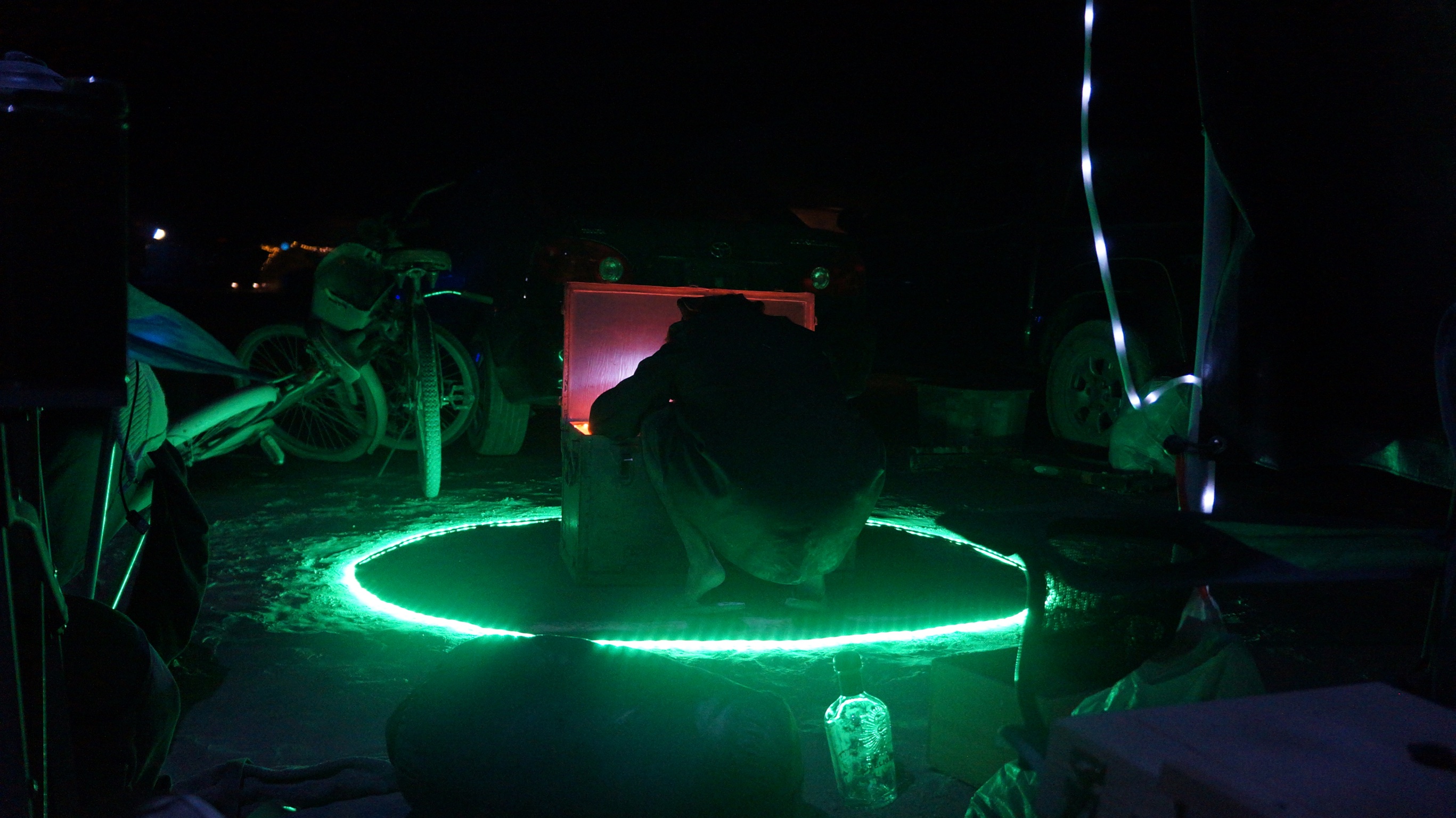 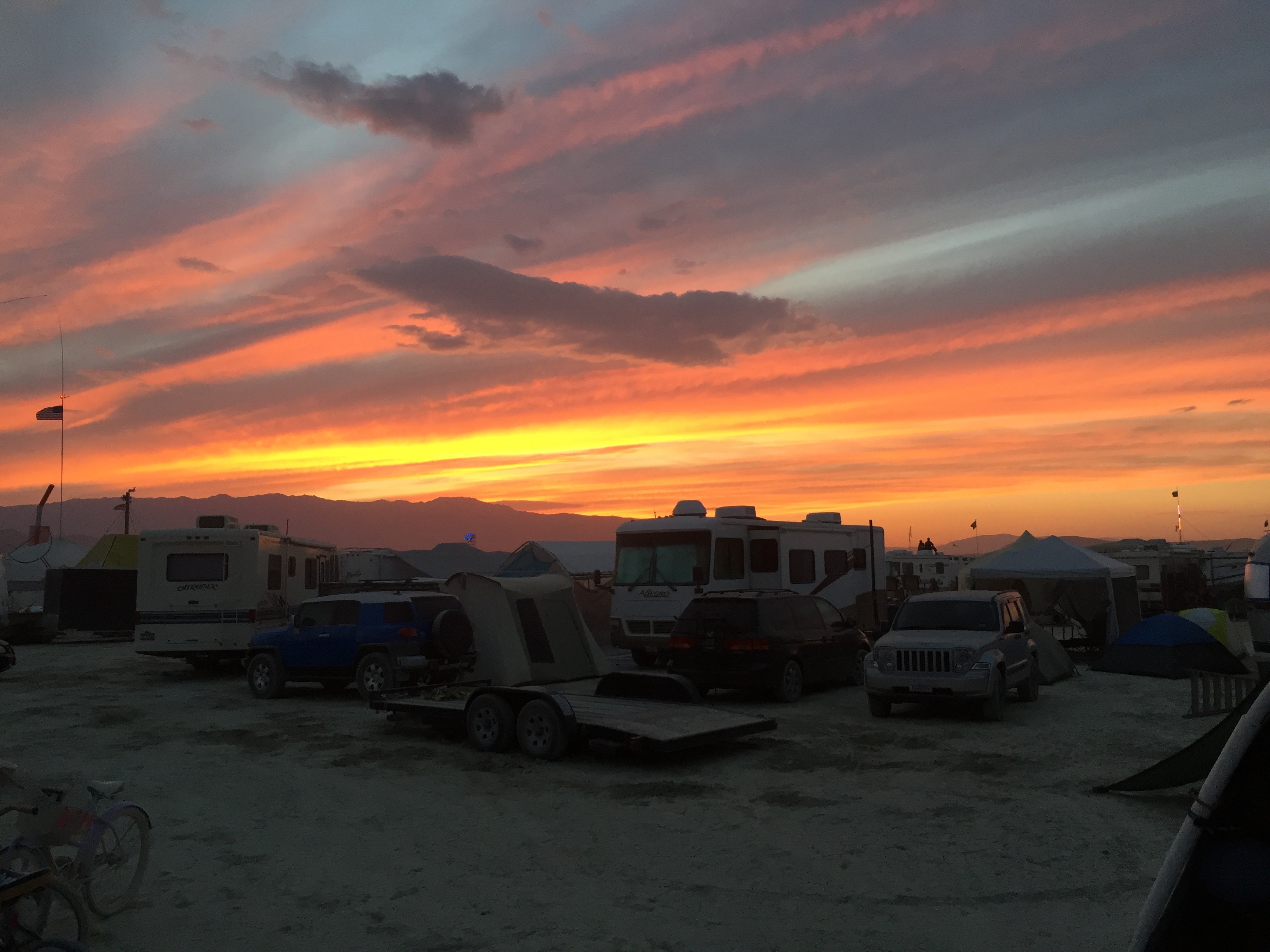